Eosinophilic Oesophagitis (EoE) is a rare allergic condition which can affect both adults and children.

EoE is triggered by having an allergic response to certain foods. When you consume the food, inflammation occurs in your oesophagus, leading to symptoms. 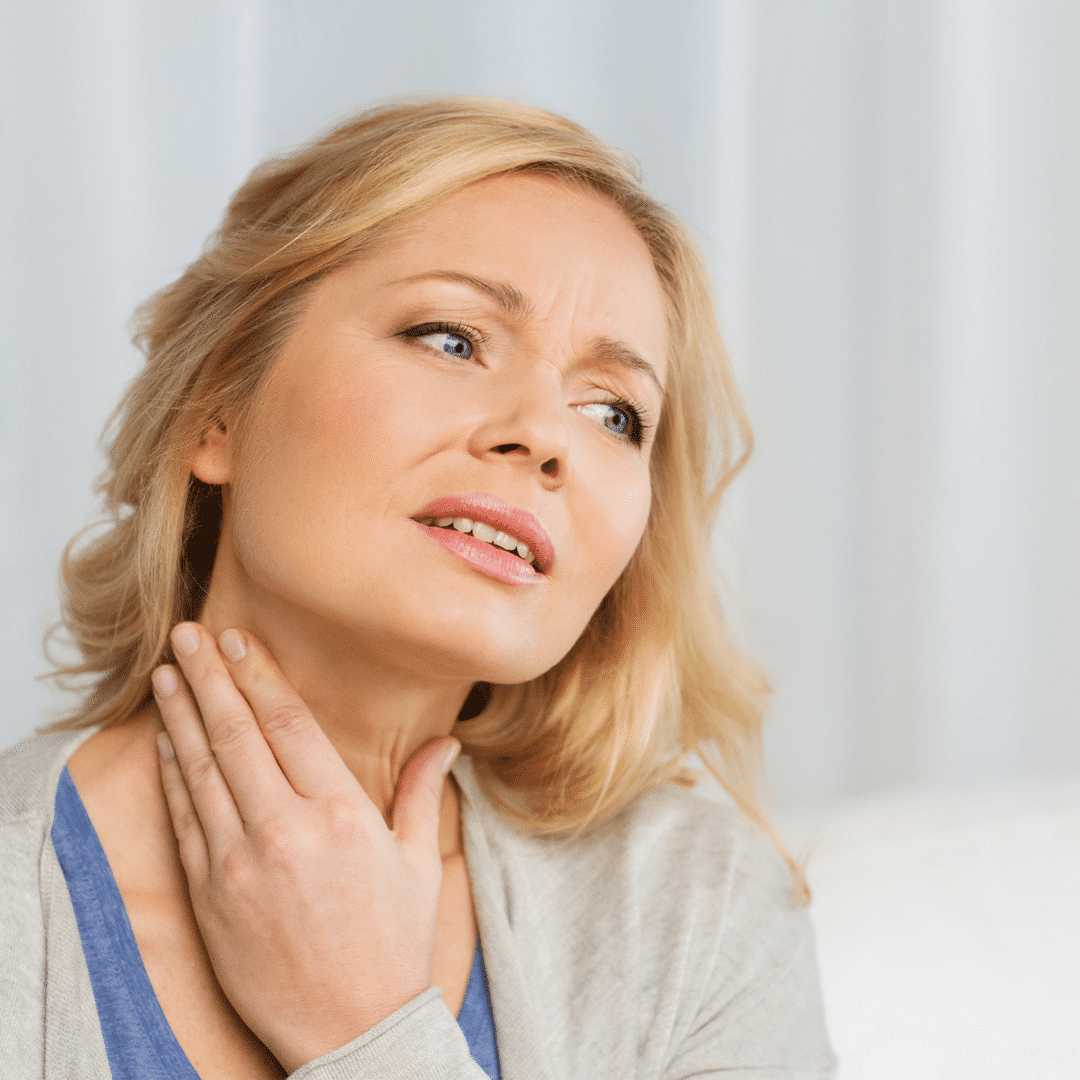 What Are The Symptoms of Eosinophilic Oesophagitis?

In adults, dysphagia (inability to swallow) and food getting stuck in the oesophagus are the most common symptoms.

Technically, you can be allergic to any food and EoE is no different.

Some people may only react to 1 food, whilst others react to several.

Can Anything Else Trigger Eosinophilic Oesophagitis?

Other than food allergens, we also know that aeroallergens can trigger EoE. This may explain why some individuals are only temporarily well controlled through diet as when the seasons change, they may come into contact with a secondary aero-allergen (2 ).

How Is Eosinophilic Oesophagitis Diagnosed?

EoE is diagnosed by performing several biopsies in the oesophagus. It is not always possible to see the histological damage from EoE by eye and so biopsies are needed to look more closely (4 ).

EoE is not straightforward to diagnose and so ideally any individual who is suspected to have this condition should be under an allergist and specialist dietitian.

How To Find Eosinophilic Oesophagitis Triggers?

There are several methods to pin-pointing an EoE trigger / triggers. However, all methods should be done under a specialist dietitian due to the complexity of the condition.

AsEosinophilic Oesophagitis is partly ‘IgE-mediated’ you would think that an allergy test would help to pin-point the cause and therefore allow you to avoid just that food.

Actually, this is not the case. In studies, where this has been trialled, individuals with EoE appear to react to foods that do not show up on allergy testing (1 , 2 , 3 ).

The most popular approach to Eosinophilic Oesophagitis management is the 6 food elimination diet – wheat, eggs, milk, soy, fish / shellfish and nuts / tree nuts are excluded from the diet for 6 weeks.

Following this 6 week elimination diet, each food is reintroduced for a period of 2 weeks. Foods that are less likely to cause a reaction e.g. soy and fish /seafood should be reintroduced first (4 ).

During the reintroduction phase, biopsies are taken to find out if foods are causing a reaction.Using symptoms as an indication of a food reaction alone is not accurate enough as inflammation may well occur for long periods before a symptom occurs.

If there are any symptoms or biopsies that show inflammation during the reintroduction, a 6 week washout period is commenced before carrying on with the rest of the trials.

This method has been shown to have a 71% histological remission rate (in other words, there is a remission in the actual underlying inflammation and not just the symptoms) (2 ).

Whilst this approach has the obvious benefit of being a less restrictive diet, the histological remission rate is far lower at just 46% (5 ).

In this diet, individuals with Eosinophilic Oesophagitis are required to drink an amino acid based formula for 6 weeks before reintroducing foods in the same style as the elimination diet.

The benefit of this diet is that there is a higher histological remission rate of 95% (5 ).

BUT – drinking the formula solely for 6 weeks is hard to stick to and compliance rates are not great. Meaning that actually, individuals more likely to benefit from the 6 food elimination diet more as it is easier to stick to (2 ).

Eosinophilic Oesophagitis is a rare allergic condition which can affect both children and adults. The management of the condition requires MDT working with both an allergist and specialist dietitian.

Whilst there are a few approaches to pin-pointing the condition’s triggers, the 6 food elimination diet, alongside biopsies remains the most popular, and arguably the most accurate, approach.