How to start baby led weaning and 30 nutritious recipes

There’s a lot of information in this blog. If you would like a PDF version delivered directly to your inbox, pop your details below.

With thanks to Charlotte Harman for the research that went into producing this blog.

Baby Led Weaning has a slightly different set of things to consider than traditional spoon weaning so I wanted to put this blog together to guide you through when and how to start. 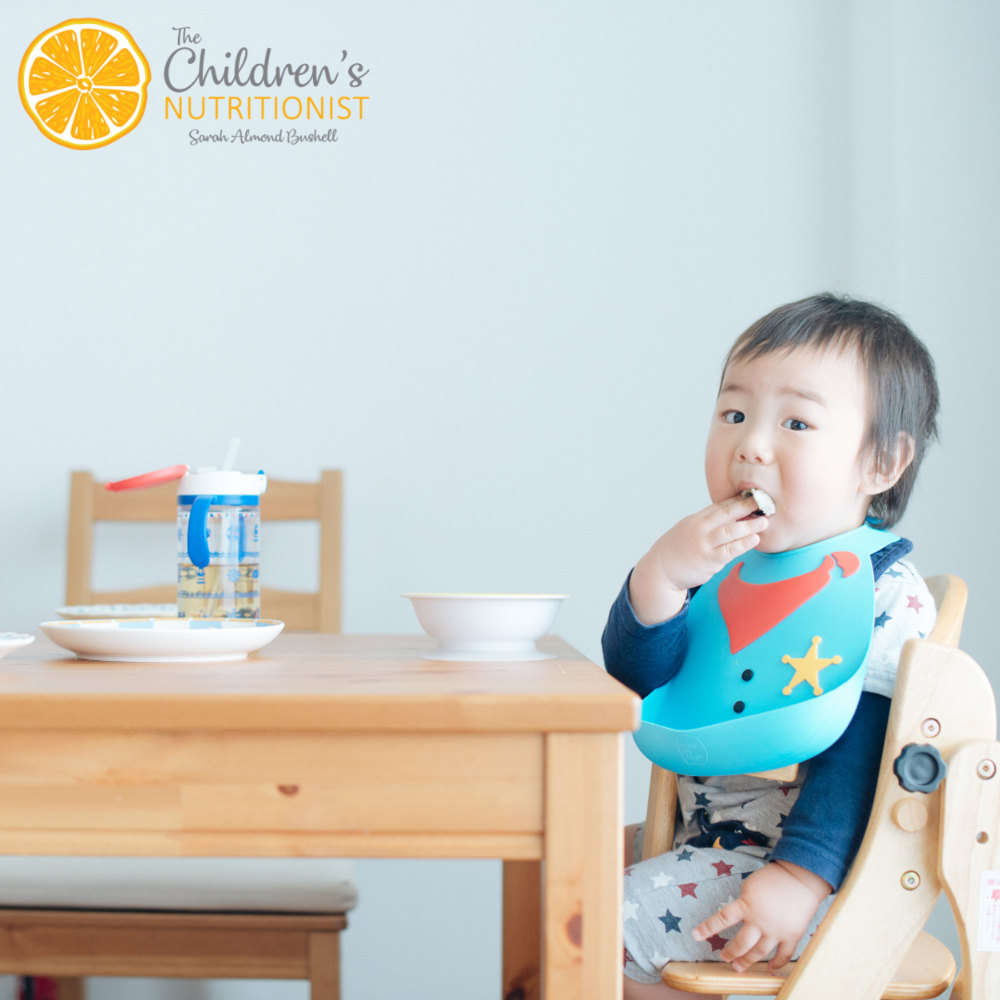 What is baby led weaning?

Baby led weaning is a method of weaning where your baby takes the lead. This essentially means that instead of being spoon fed by you, they self feed a variety of foods you have presented them with (1).

What are the age and skill guidelines for starting baby led weaning?

In general, parents are encouraged to start weaning their baby from around six months and this guidance is extended to baby led weaning (2).

However, we know from surveys that most mum’s start their baby on solids at around 5 months.

But before 6 months, (26 weeks to be exact) it’s advisable not to start baby led weaning as this can pose a choking risk due to your baby’s immature physical development.

If you want to start weaning earlier than 26 weeks, it’s best to start with purées. You can read more about early weaning in my blog here.

As well as safety, your baby also needs to be able to grasp foods and bring them to their mouth (i.e. hand-eye coordination). This skill will usually have developed by around six months (2).

When starting baby led weaning, it is important to consider the following points (2):

What are the best first foods for starting baby led weaning?

One of the goals with all types of weaning is that your baby consumes a wide range of nutrients. However we know that baby led weaning babies just don’t consume the same volume of food that traditional spoon fed babies do. This means they get less nutrition in the first few months of weaning.

Because of this, I advise a different range of foods as the first foods for baby led weaning. Rather than an abundance of fruit and veg, first foods should be highly nutritious and include:

Of course you can offer your baby veggies and fruit but think of them as a side rather than the main part of the meal.

This is because fruit and veg are not nutrient rich, although they do contain lots of lovely vitamins and minerals, some of which can help your baby absorb the nutrients in the foods listed above.

Bring your baby to the table at each mealtime so they have lots of opportunity to practice, right from the start.

When you follow this approach, baby led weaning has shown to increase dietary variety from a young age (5).

Why don’t you advise veg first?

There are some concerns that the baby led approach to weaning can lead to an increased risk of iron deficiency and poor growth (5).
This is because baby led weaning babies don’t consume as much food as babies who are spoon fed.

Research has shown that a modified approach to baby led weaning focussing on highly nutritious foods such as those listed above, minimises these health concerns.

Should I offer food first or milk?

Neither! This is a really common question I’m often asked and the answer is to keep your routine and milk feeds as normal at the start of weaning.

From 7 months or so when your baby is established on 3 meals a day, it’s good to introduce a routine spacing milk and food apart so that your baby begins to understand their appetite.

Do I need to offer food one at a time?

A strip of dark chicken meat

A slice of avocado (sliced lengthways)

A finger of buttered toast

It’s recommended that you introduce the ‘high risk’ allergens one by one but these can go alongside the foods you know your baby is ok with.

The top 9 allergens are:

Peanut (as a peanut puff or peanut butter)

Other nuts (as butters or ground)

Shellfish such as prawns

Sesame (in hummus or tahini)

If you want to know exactly how to introduce allergens during weaning I have a mini course
for £20 that gives you a step by step guide.

Are baby led weaning babies at a greater risk of choking?

Research hasn’t been able to show that BLW babies are at any greater risk of choking than traditionally weaned babies. Nevertheless, it is important not to start BLW before your baby is developmentally ready and do consider the textures, shapes and sizes of the food you offer.

To minimise these concerns, I suggest:

The difference between gagging and choking

Gagging can look like choking and can still send you into a panic and many mums and dads don’t realise the difference.

Gagging however is actually a good thing. It’s a mechanism in the body which prevents choking (4).

You should also know that all babies gag on food, irrespective of the method of weaning you choose.

This is because the gag reflex is often highly sensitive in babies and is situated towards the front of their mouths. With time, the reflex desensitises and with lots of eating practice, the gag reflex moves to the back of the mouth where our gag reflex sits.

Long, hard, stick-shaped items such as a weaning spoon, a toothbrush or sticks of carrot or celery can be really helpful in the early stages of weaning to help move this gag reflex back. And no! They aren’t a choking risk at this stage, not until hard gums or little teeth can get chunks off.

Although baby led weaning is about introducing your baby to a wide variety of foods, there are a few that should not be given until your baby is over 1 year of age.

The pros and cons of baby led weaning

Are you still on the bench about whether or not to try baby led feeding? Consider these points:

It’s not uncommon for parents to decide on one method only for their baby to refuse the spoon!

Will my baby eat enough with baby led weaning?

Every baby is different. You’ve probably heard that a thousand times already and it’s the same for eating.

If your baby is growing well, gaining weight, has frequent wet and dirty nappies and is content and has enough energy to play, then they’re probably doing just fine.

Having said that, food intake at the start of weaning is driven by skill rather than hunger (so please don’t reduce milk feeds in the hope that they’ll eat more). So if they haven’t developed the eating skills, they won’t be able to eat the food offered.

We know that BLW babies eat far less than traditional spoon weaned babies, hence the need for a modified approach.

Problems arise down the line when food intake doesn’t increase despite lots of practice. Sometimes this is because babies prefer milk to food, it’s less challenging for them and they get a nice cuddle at the same time.

For this reason, I have put together some routines and typical portion size guides
for the different weaning stages so that you have guidance and an idea of what works. These are available to purchase for £9.99 on my website.

Can I combine baby led weaning with spoon feeding?

At the end of the day, whatever works best for you and your baby is the way to go when it comes to weaning.

Baby led weaning babies still need to learn how to eat pureed food like yoghurt and master the use of a spoon!

If you’ve enjoyed what you’ve learned here then I’d like to introduce you to the Happy Healthy Eaters Club
. This is a members-only club where you’ll learn how to raise a child who skips to the table (without you having to ask 50 times first), sits down, and happily munches away.

The club will teach you all about food and parenting techniques so that you can nip fussy eating in the bud (or prevent it before it begins) and make you’ll feel safe in the knowledge your child has eaten their nutrients, that they’ll sleep well, grow healthy bones and brains, and not pick up all those bugs.

Your parenting around food means that your little one will learn to be excited to try new foods, family mealtimes are a breeze and there’s not a reward, bribe, or iPad insight and you haven’t spent hours in the kitchen cooking up different meals for everyone either. And I promise you… you’ll no longer be scraping rejected food from the floor! Here’s the link to learn more: https://www.thechildrensnutritionist.com/hhec-open