IBS digestive distress – is there a problem with bread?

Many people with IBS state that bread is a real issue in provoking symptoms. Is this true? What is it about bread that is the problem? This post aims to discuss the provocateurs of digestive distress in IBS (Irritable Bowel Syndrome).

Cited as sustenance – for example, the line ‘give us this day our daily bread’ in the Lord’s prayer – having access to bread was life for the poor in the past and bread is a staple food in the United Kingdom. The first piece of toast dripping in butter and a cup of tea after a period of fasting through having surgery is one time I recall, and bread was all the food I desired. How wonderful it tasted. The mouthfeel of gluten is undeniable and can be identified by those who do need to follow gluten, wheat or fructans free diet. I have identified it when I have infrequently made a mistake, as in ‘wow, this gluten-free bread tastes GREAT’ only to later realise my mistake at a cost and in fact it was the standard wheat based bread I had consumed!

In the past bread was made locally and bakers were part of the local community. When industrialisation arrived, bread, needed in large quantities as a staple food, soon was produced in factories, one of the possible reasons was because it was terrible work – bakers had to rise early and work hard to provide the daily loaf for their community. Is industrialisation the cause of bread symptoms? Many blame the Chorleywood bread making process and fast fermentation – but harking back to the bread of the past does not always leave a rosy glow. Adulterating food with cheap ingredients was commonplace in Victorian history, alum (aluminium salt) was added to the dough to improve it’s colour and was thought to be one cause of Rickets, by reducing the availability of phosphorus, leading to decreasing its absorption from the diet.

So, let’s take a look at bread more closely. There are possibly a few protagonists for digestive discomfort after eating bread, and the reason may be different for individuals – we will now discuss some of those possible causes:

‘Resistant’ starch does what its name suggests – it resists digestion and is a component of fibre.  Produced by heating/cooling treatment, these resistant carbohydrates are based on wheat (and other) grains. Now for a little bit of chemistry, not too complicated, I promise. Starch is a crystalline polymer (think of a chain of a necklace containing many small beads, each small bead representing a sugar molecule, the necklace representing a polymer chain – a starch). Chains of the starch molecules closely line up on cooling, forming crystals within the bread matrix, links (imagine two or more necklace strings joined together) or bridges between the starch chains makes the structure a tightly packed area, where our digestive enzymes (amylases) can’t penetrate. The speed and repetition in cooling and heating will affect the amount of the resistance formed. Exposed to up to 20g of resistant starch per day from our diet some of the bacteria (amylolytic) in our large intestine may be able to ferment these crystalline resistant areas more successfully . IBS has alterations in the gut microbes, meaning that gut fermentation is a possible consequence and symptoms likely, in those people with IBS.

Research has shown that only certain types of bacteria are capable of digesting resistant starch of the form Bifidobacterium spp. and Clostridium butyricum but these types of study are limited. Consumption of these starches enriches the gut microbial populations with more of the microbes capable of breaking down the starch. We know that people with IBS have different populations of gut bacteria than the general public – a changing diet to improve symptoms is a possible cause of this difference.

Similar mechanism to the mechanism that causes issues from resistant starch – in other words poorly absorbed starch components causes these starches to be fermented in the large bowel resulting in symptoms when the colon is overly sensitive in IBS. 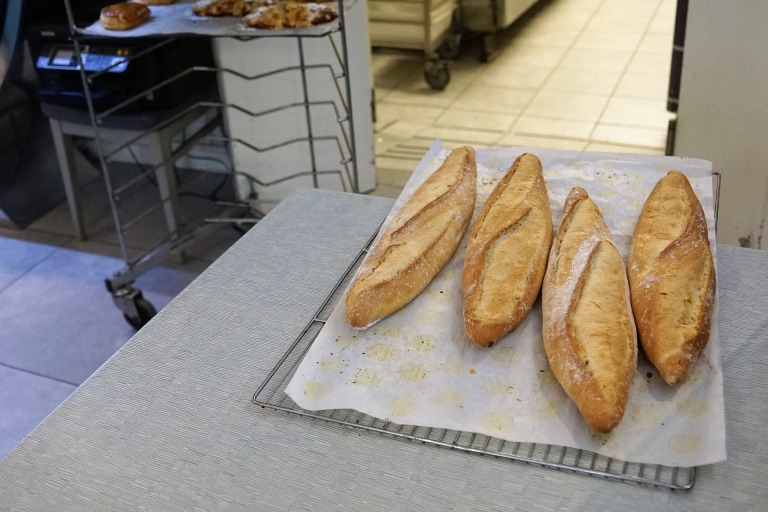 Gluten is a different component, and it is a protein, not a starch. Different mechanisms occur with proteins. During bread mixing initially, the gluten is softened by adding water to the flour, then kneading the bread with the salt that is added strengthens the gluten bonds gives a stretchy mixture, which traps air giving a better rise. Proteins tend to solidify when heated during baking, producing the tight structure or links between the protein molecules. Some research has found by blinding during trials that it does appear to be the fructans in wheat that result in the majority of problems for people with IBS. However is it still possible for individuals to have an issue with gluten? It does make you wonder, for those people who can tolerate all other fodmaps except wheat, whether this is, in fact, a non-coeliac gluten sensitivity. In my experience, most people following a low fodmap diet will go utterly gluten-free despite the fact that small amounts of wheat are tolerated well. Or perhaps the problem is a non-IgE wheat allergic reaction, or maybe natural toxins developed by the wheat is the problem…

Wheat amylase-trypsin inhibitors are proteins that are found naturally in wheat and are resistant to digestion and were developed by the plant to act as a defence against parasites and insects. They are activators of innate immunity and are suggested to lead to digestive symptoms by activating an immune reaction in the gut mucosa resulting in low levels of inflammation. Bioactivity of these proteins was found to be lower in spelt flour – often stated to be tolerated better for digestion. Is it possible that these ATI’s or gluten activate an immune response that then sensitises the colon leading to reactions to fodmaps?

The processing of wheat to produce bread, however, reduced ATI’s bioactivity up to 30-50%. But some people state bread is explicitly a problem so we should look at the manufacturing process specifically.

All the above are commonly found in all wheat-based food, but bread is processed, what effects does this have? The Chorleywood process was developed in 1961 and improves production time reducing costs of bread production. This production method can also use a lower protein content flour, which was the type of flour available in the UK, to reduce costs of having to import flour with higher protein. The protein content in UK wheat has increased since this development, but this process is still used and widely disparaged as a cause of digestive distress. 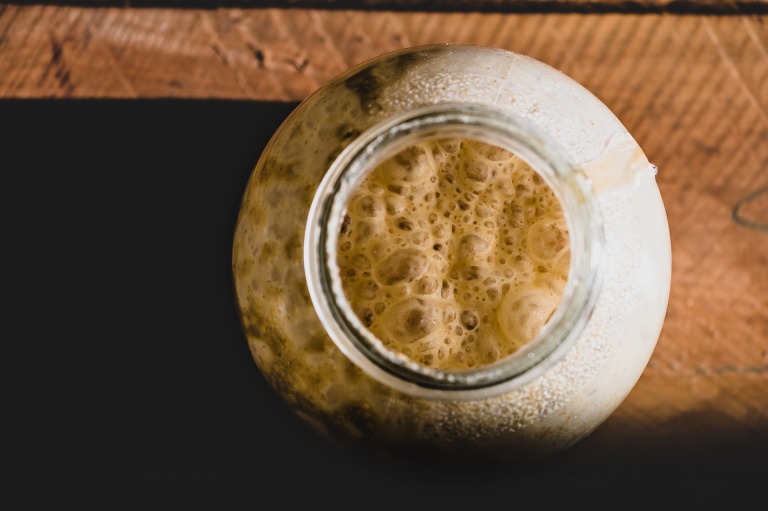 One fascinating study looked at the differences in symptoms between the general population and those with IBS and whether a longer fermentation would lead to lower gut fermentation and gas (1). Now, this study was tiny and was completed in vitro (it was not a controlled trial in human subjects, although human stool from volunteers was used) so, the conclusions would need further study. The Chorleywood process produced more gas more quickly, after simulated digestion. The more prolonged fermentation process also led to a higher level of bifidobacteria in the stool, the levels of these microbes are reduced in IBS. Bifidobacteria also produce less fermentation in the gut, suggesting increasing numbers compared with others may help reduce symptoms.

So, the combination of less gas delivered more slowly and increasing commensal bacteria that produce less gas anyway, was suggested to equal better tolerance, which is perhaps a leap of faith to suggest that this reduction will reduce symptoms without it being tested in humans. Voila, testing in humans has been done (2)! A more extensive study in humans also looked at Chorleywood process compared with sourdough and showed that a more extended fermentation leads to the breakdown of ATI components and reduced fodmap levels BUT NO DIFFERENCE IN SYMPTOMS OF IBS. Both studies used constipated volunteers, so no difference there, the symptom production in the second study was reported to possibly be a nocebo effect – expecting symptoms due to previous experience. Which is possible, six slices per day is a considerable amount to consume for people who have an intolerance to wheat. Diet was excluded as a confounding factor but what is not clear is how the bread was eaten and whether this was different in the two groups – toasted, fresh, or frozen, perhaps taking us back to resistant starches? Also, about a third of people with constipation based IBS will have pelvic floor dyssynergia, which in theory could elicit symptoms that might not necessarily be helped by changes in the diet, if symptoms are severe. Both these studies were pilot studies and need further investigation on a broader population of people with IBS.

For many people with IBS yeast is anecdotally reported to result in symptoms. We do not have any evidence that this is a problem and this has been dismissed by the medical establishment as a cause. No evidence means precisely that, we don’t know, so would it be an issue? Saccharomyces cerevisiae, a yeast, has been studied in improving IBS symptoms, so we have another situation of modulating the gut microbiota to improve symptoms. While we have absolutely no evidence that a low yeast diet is useful, in IBS treatment, it might lead to altering the microbiome and should not be advised, but this is an area indeed worthy of further study.

I think in conclusion, symptom inducement in IBS with bread is complicated and needs further study – with this detail of research required for one food item – is it any wonder that we have not got a cure for this medical condition?