Healthy bedtime snacks can play a part in helping to fill your toddler up, provide important nutrition, as well as helping them settle down to a good night’s sleep.

Whether your child needs a bedtime snack is unique to them and can vary from day to day, depending on their activity levels, their appetite and whether or not they’ve been able to eat sufficiently throughout the day.

In this blog, I’ll give you 10 quick and healthy bedtime snacks for toddlers, that will ensure they get the right nutrition, as well as filling them up so they’re not waking from hunger in the early hours!

I will also share when and how to offer bedtime snacks along with the do’s and don’ts. 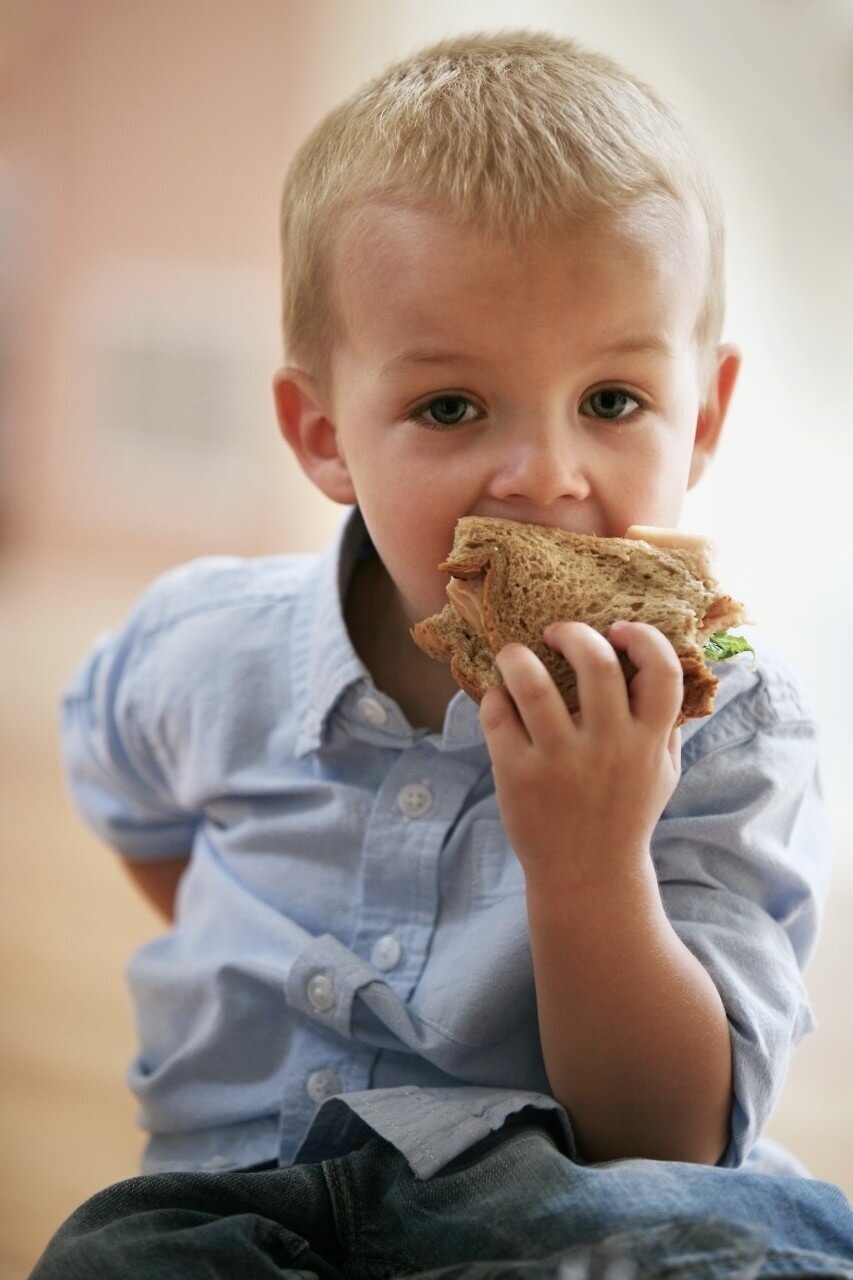 What is the purpose of a bedtime snack?

Bedtime snacks for toddlers are another opportunity for nutrition, to fill little tummies just enough for them to settle down for the night.

They can be helpful to fill any nutritional gaps, particularly if your little one has missed out on any meals or snacks during the day. For example, if they had a tantrum over lunchtime, resulting in very little being eaten, or ate no fruit or vegetables for dinner, you could offer one of these snacks as another opportunity to meet their nutritional needs.

However, don’t fall into the trap of ‘if they haven’t eaten dinner, they’ll go to bed hungry, so I must give them a snack’. Children cotton on to this pretty quickly, refusing ‘boring’ dinner foods because something better will come along later.

If you don’t normally offer a snack, then you probably don’t need to start.

Are some foods better than others for making you feel sleepy?

Some foods are naturally high in an amino acid called tryptophan, which makes serotonin, which, in turn, produces a by-product called melatonin, the hormone that makes you feel sleepy.

Melatonin levels rise when it starts getting dark outside and this helps our bodies regulate a sleep/wake cycle [1] or circadian rhythm.

You could consider including tryptophan foods as bedtime snacks for your child.

Which foods are high in tryptophan?

Tryptophan is an amino acid, one of the building blocks of proteins.

For the conversion of tryptophan into serotonin, your child’s body also needs enough iron, vitamin B2 and B6 and several other micronutrients. The best way to ensure this is to offer a wide variety of foods daily, so they don’t get stuck on a few favourites.

Why is my child always hungry at bedtime?

It’s really common for toddlers to eat 2 – 3 snacks a day. They have small tummies and use a lot of energy so they need to refuel frequently. [2]

If there’s been a long gap between dinner and bedtime, then your toddler may well be hungry, and it’s perfectly normal for them to need something to eat. Young toddlers need to eat every 2.5-3 hours or so.  It can also depend on how much food they have eaten that day. If they haven’t eaten much, they may well be hungry at bedtime.

However, saying they’re hungry may not be a sign that they are actually hungry. Young children are poor at interoception, which means they aren’t good at distinguishing between their internal body signals such as being hungry, tired, needing a poo, feeling sick etc.

Should I give my child a bedtime snack?

If you think your child is hungry, there is no reason not to give a bedtime snack.

As a general guide, If it has been a long time since dinner or you think they are genuinely hungry, then go for it and offer them a bedtime snack.

Check to see if they still have an appetite for breakfast the following morning. If you notice that this starts to diminish, they probably don’t need the snack as they’re still too full to eat.

If your child has reflux, snacking before lying down could make reflux worse, so you may want to avoid a snack in this instance.

Should I still give milk at bedtime?

Milk can be a really healthy bedtime snack. It’s a nutritious fluid and although it’s a liquid, think of milk as a food. It will fill little tummies up, so if you offer a larger drink of milk at bedtime, then they are unlikely to need food as well.

Is my child hungry or just stalling bedtime?

It’s hard to know! Some children will do anything to avoid going to bed.

Make sure snacks are healthy and nutritious and not ‘fun foods’ like biscuits, cakes or crisps. It’s best to avoid caffeine-containing foods and drinks like hot chocolate or chocolate bars because caffeine will also keep them awake!

And if they refuse what you offer, then you know they are probably not hungry after all.

Children who are overtired may stall for bedtime.

How to include a healthy bedtime snack as part of a toddlers sleep routine.

If you plan on offering a snack at bedtime, then allow enough time before bed to ensure your child has enough time to have their bath, get ready for bed, brush their teeth etc.

Try to avoid giving milk in their bed or cot. Little ones often associate milk with sleep, and it can be tricky to get them to self settle during the night without milk.

Do’s and don’ts of bedtime snacks

One myth is that cheese gives you bad dreams. This is not true. Cheese is actually a great choice as part of a snack as it provides protein and calcium. So it will help fill your toddler up and keep them fuller for longer, meaning they are less likely to wake for food.

Foods that contain protein are no more difficult to digest at night than they are during the day. And actually are a good choice for a bedtime snack as they keep you fuller for longer, so less night time wakings due to hunger.

It is also a myth that toddlers will sleep through the night if they have eaten enough. Toddlers can wake up for lots of reasons such as being too hot, cold, having a bad dream, needing a cuddle or sleeping uncomfortably.

When and how to offer bedtime snacks

You don’t want to be spending a lot of time making complicated snacks, so quick and healthy bedtime snacks for toddlers are ideal. You may also want to consider foods that are naturally higher in tryptophan or melatonin, which may improve your child’s sleep.

If you would like a PDF version of this blog delivered directly to your inbox, pop your details below.